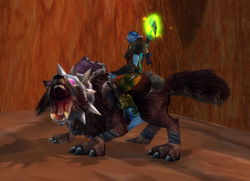 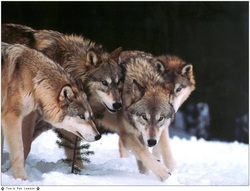 There are 35 species of canines. Wild canids are found on every continent, except Antarctica, and inhabit a wide range of different habitats, including deserts, mountains, forests, and grassland.  They vary in size from the Fennec fox at 1-2ft in length, to the Grey wolf, which may be up to 7-8ft long, and can weigh up to 180 lbs. Some times solitary, they can also run in packs of over 20 individuals. 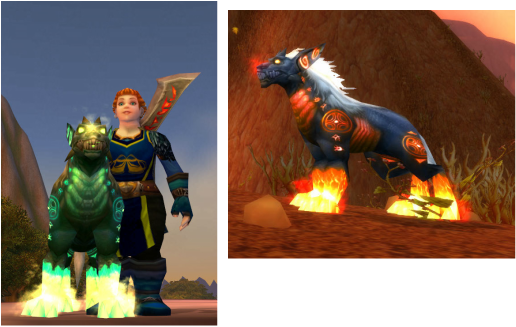 Aside from getting the basics of dog shapes and movements and abilities, there really aren't any real world equivalents I can come up with . They are cool looking and I was glad to be able to tame them in Wrath (and more in Cata.)  This guy became the dog I use for my hunters.
* it was a little hard finding a pic for these guys since a lot of the good pics were from breeder sites and there are plenty of rescues and homeless dogs needing homes.  You can get a pure bred dog from the pound or breed specific rescues.

I'm putting these guys in the with the dogs and wolves because they, like, have dog heads and, you know, are called hounds.  Seemed to make the most sense. 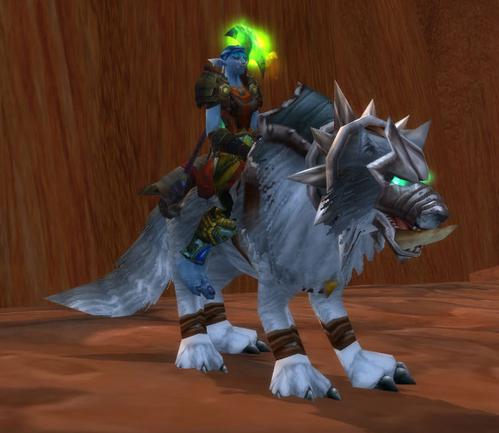