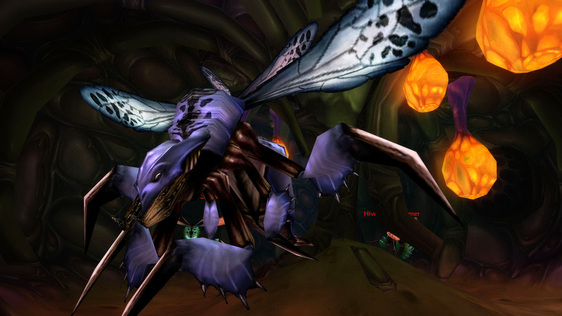 Jointed legs, hard exoskeleton - I'm calling these guys insects (even if they only have 4 legs, instead of 6.) 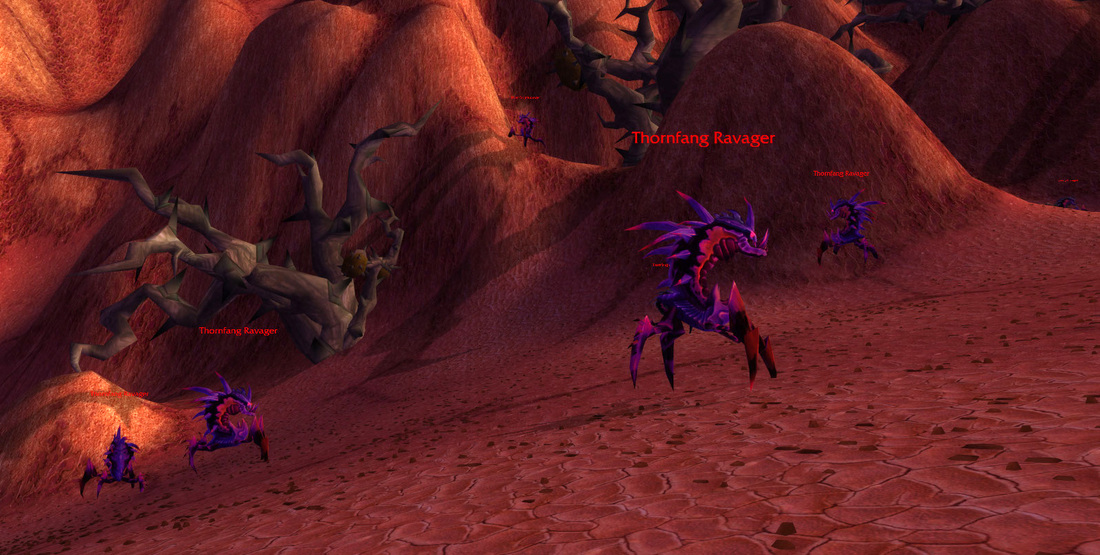 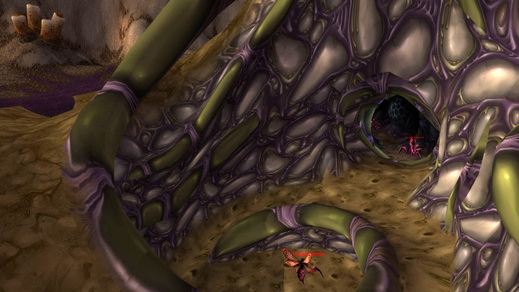 A disturbing discovery...
I was recently made aware of a colony of Silithids who had survived the flooding of Thousand Needles.  I just had to check it out to see if it was true and sure enough, there they were. So, apparently, silithids can breathe underwater. The wasp versions hovered above the water (to forever fly over but never land?) A rarespawn even walked the old dig site. 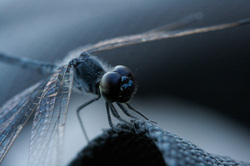 Dragonfly - Mamboman1 - flickrcc
See, now, a dragonfly could do much more damage than a moth.  I've been bitten by a dragonfly, it hurts (when I was a kid I used my budding ninja skills to catch one right out of mid-air.  It was not as impressed with my leet-ness and simply folded over and bit into my finger.  I never caught one again.)

Other reasons they would be better hunter's pets - Their ability to maneuver through the air is much more precise. Butterflies and moths just seem to flutter about where as dragonflies are mosquito catching machines, they are hunters themselves.

5/3/2013 Update! - I have found Dragonflies in Pandaria. Right now they are just background flare, you cannot interact with them in any way, but they are definitely Dragonflies. It is a start. One day we will have them as hunter pets, oh yes, one day.