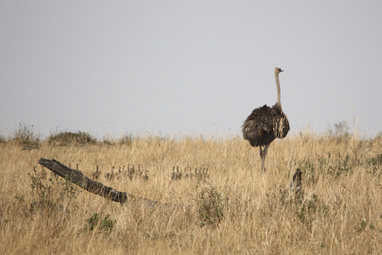 The African Ostrich is the largest living Ratites. They can be nearly 10ft tall, weigh as much as 350 lb, and can outrun a horse.  The other Ratites include the Emu and Cassowary - native to Australia, the Rhea - native to South America and the Kiwi - native to New Zealand.

- if you look closely in the grass there's a whole bunch of ostrich chicks following the mom (left.)

oh, and these guys tend to be mean SOBs.
The plainstriders seem to be the large, flightless bird equivalent in-Game.

Now, here is an alternative pre-historic flightless bird that could have also been the inspiration for the plainstriders. Darren Naish writes an interesting blog about these ancient birds - "Were you to visit sunny Texas 5 million years ago (cough cough), a giant predatory bird, 3 m tall with a head 70 cm long, might have kicked you down and eviscerated you with its immense hooked bill. I am of course talking about phorusrhacids, sometimes called terror birds, the mostly large, flightless predatory birds of the prehistoric Americas." 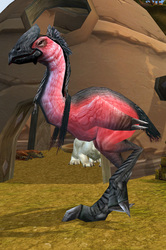 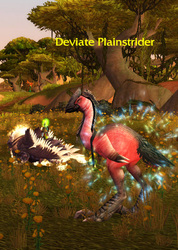 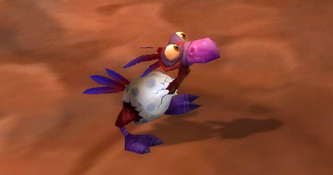 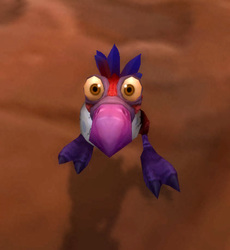 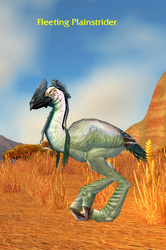 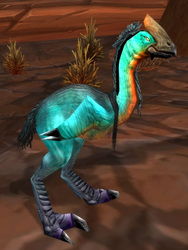 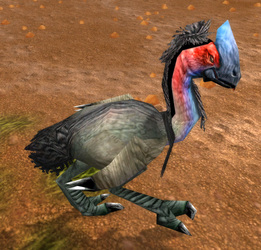 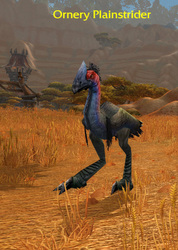